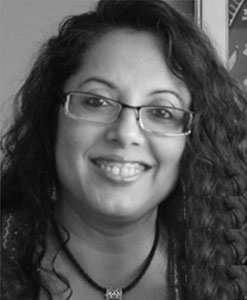 Smita Awasthi, Ph.D, BCBA completed her Masters (Psych) as a University topper in 1983 and a PG Dip in Counseling from NCERT, India. She completed her ABA Education from Univ of North Texas, USA (2004) to became the first Board Certified Behavior Analyst (BCBA) from India. She continues to maintain her certification by completing CEU’s.

Abstract of her presentation at the ABA International Conference 2020:

Can my child talk? Evidence for the Emergence of Vocals in Non-Vocal Children with Autism

A variety of technologies such as echoic training (Koegel et al, 1998), antecedent rapid motor imitation (Ross & Greer 2003), stimulus-stimulus pairing (Sundberg, et al.1996) have been used for inducing vocalizations in children with autism. The current study spanning 6 years 8 months reviewed technologies developed for emergence of speech in non-vocal children with autism. A total 144 children were selected of whom 126 met the inclusion criteria and completed the study. Non-vocal children between ages 1.4-13.5 years participated in four experiments that used delayed multiple baseline design across subjects. Mastery criteria for vocalization for each participant was n=7 first instances of speech.

Across all experiments mean IOA of the study was 89% (range 83%-94%) and treatment integrity 86% (range 57%-100%). Retrospective data analysis suggested age of children was not a determinant for vocal acquisition and first instances of speech emerged across various verbal operants such as mands, echoic mands, echoics and intraverbals.   Motivating operations accounted for 65% of initial vocals however 27% first vocals also emerged as intraverbal fill-ins. Time to vocalization, type of vocal emergence and relative successes of the technologies used are explored in this study.